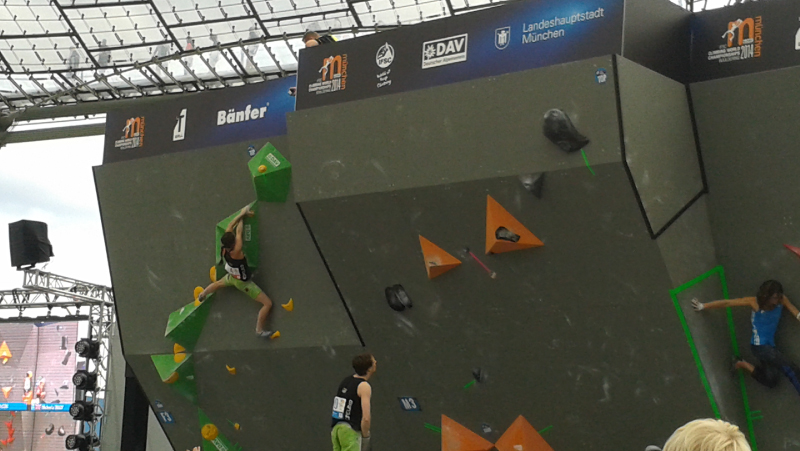 Check out our quick quide to the olympic games here

Bouldering competitions take place on a climbing wall, with short routes and no ropes. The routes, or rather the “boulders”, are setup in such a way that the lowest part of the body is never higher than 3m off the ground.

The most important thing to know is that there are only two holds that count towards scoring. The top (last) hold and the zone hold (a marked hold somewhere in the middle of the route). The qualification rounds are normally have 5 boulders and the semi-final and final have 4 each. Each athlete has a time limit of 5 minutes during qualification and semi-finals and a time limit of 4 minutes for finals.

The top-hold is judged to be “controlled” if the participant reaches the hold with both hands and holds until the judge gives the “OK” (about 3 seconds). 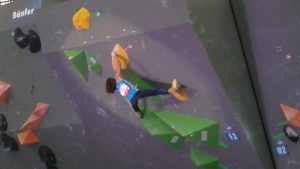 A zone is considered “controlled” if the competitor has either completed the whole boulder or used the zone hold to reach a stable position.

Check out our quick quide to the olympic games here

P.S. If you are reading this, chances are you know the toll bouldering takes on your skin! How about trying our special hand cream for climbers?