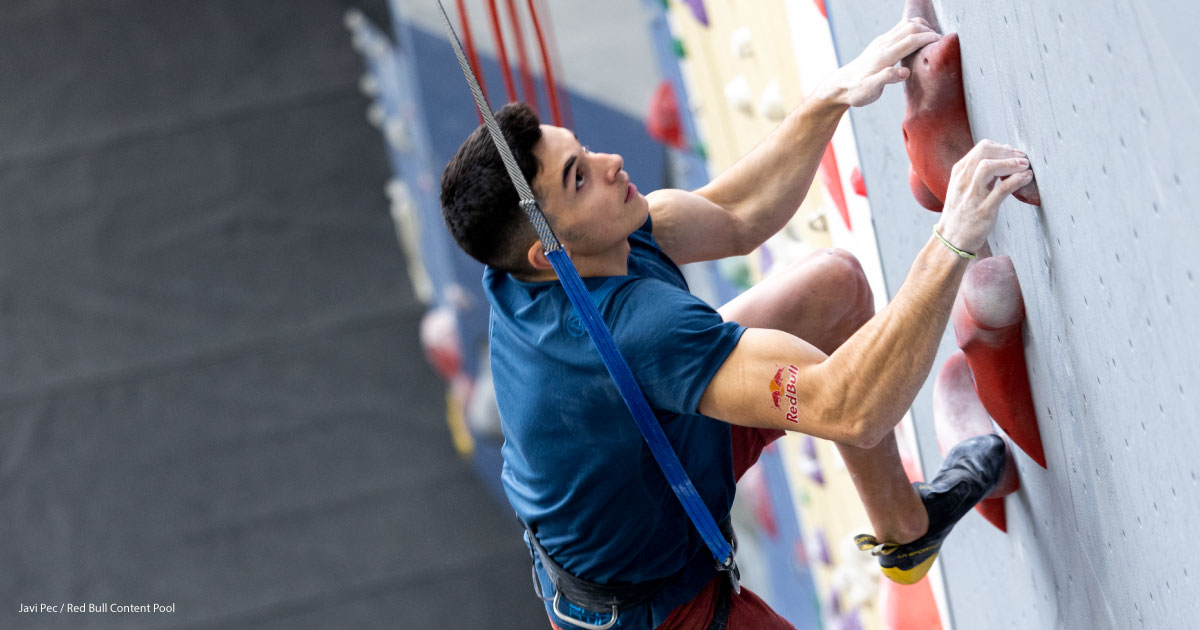 Sport climbing is made up of three disciplines: speed climbing, bouldering and lead climbing. There are a total 20 female and 20 male climbers competing. There is one set of medals for men and one set for women. The climber with the best aggregate score for all three disciples will take home gold.

Each climber will receive a rank for each of the three disciplines. These ranks are then multiplied with each other to calculate the climber’s aggregate score. For example:

Goal: Fastest to the top without falling

Attempts: Each climber has two attempts – one attempt on each of the two identical lanes. Two climbers climb at the same time next to each other (one on each lane). The climbers are not directly competing against the adjacent climber, but rather against the total pool of climbers based on time.

Ranking: Fastest to slowest. A fall or a false start in either lane/attempt puts the climber into last place.

Fun fact: Speed climbing is the fastest ever Olympic event

Goal: Climb to the top (or to the zone holds for a partial score) of 4 bouldering problems with the least number of attempts

Attempts: There is no limit to the number of attempts. The climber will finish climbing after reaching the top of the route or when the time limit has expired.

Ranking: The climber with the most number of “tops” (completed problems) or zones (if no tops were reached) and the least number of attempts per problem will receive the highest rank.

Fun fact: The climbers do not get to see the problems until right before climbing them. Each problem is unique and changes from competition to competition.

Goal: Climb to the highest hold possible without falling

Ranking: Each hold is numbered from 1 to 35. The climber that reaches the highest hold without falling receives rank number 1. If multiple climbers reach the same height, the climber who reached it fastest receives the top rank.

Fun fact: If a climber reaches and controls a hold, but falls whilst reaching for the next hold, they receive a + score e.g. 33+

Shopping cart
Product categories
We use cookies on our website to give you the most relevant experience by remembering your preferences and repeat visits. By clicking “Accept”, you consent to the use of ALL the cookies. However you may visit Cookie Settings to provide a controlled consent.
Cookie settingsAccept
Cookie settings